Do you wish to know more about our services? You are always welcome to visit us at our office, where our specialists are ready to answer any questions you have. 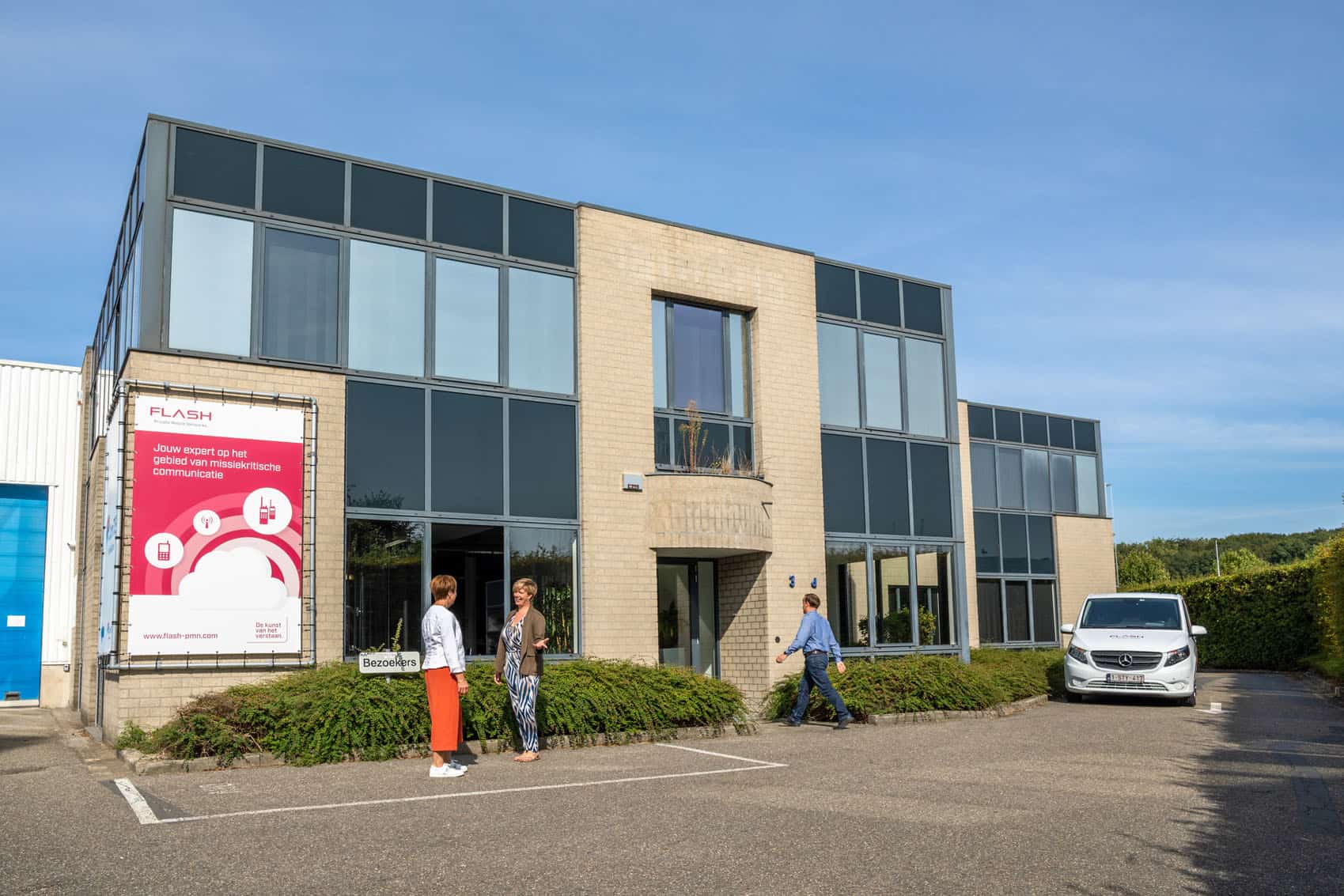 What is a two-way radio?

A two-way radio, also known as a walkie-talkie, is a portable transceiver that is used for two-way communication. Two-way radios are often used in industries where fast and efficient group communication is important, such as transportation and logistics, healthcare, construction, petrochemical industry, law enforcement and firefighting, and at events. Two-way radios are useful in situations where a mobile phone may not be practical or possible, such as when groups of people need to be quickly and adequately informed of changing situations.

How does a two-way radio work?

What is the difference between a two-way radio and a walkie talkie?

Need advice on choosing the right ATEX two-way radio for your situation? Our experts are happy to help.

What accessories are available for connecting to a two-way radio?

There are several accessories that you can connect to your two-way radio, for example to make communication easier and clearer in noisy environments, or to communicate discreetly when the environment should not hear the conversations. The connection of the accessories depends on the brand and type. Some popular accessories include:

What is a base station?

A base station is a mobile radio with a fixed power connection. The base station has more transmission power than a two-way radio. Base stations are often used at larger events. The two-way radio traffic is coordinated from a central location by the operator.

What is a repeater?

A repeater is a relay transmitter that is used to amplify signals when the distances between two-way radios become too great for direct communication. This increases the reach of the two-way radios.

What does a transmitting license for the use of a two-way radio entail and why do I need it?

How do I apply for a transmitting license with The Dutch Authority for Digital Infrastructure?

The Dutch Authority for Digital Infrastructure, formerly known as Agentschap Telecom, is the Dutch authority for the regulation of telecommunications and digital infrastructure. To use two-way radios with extra transmission power, you need a license. For our rental products, we automatically arrange this for you as part of our service. For two-way radios for sale, you will need to apply for a license yourself. If you want to apply for a transmitting license with RDI, it is best to visit their website to see what the requirements are and how to submit an application. For more information on applying for a transmitting license and the process, you can contact Rijksinspectie Digitale Infrastructuur via their website or by phone. For Belgium, please contact BIPT. Flash is also happy to help with this. Keep in mind that there are costs associated with obtaining a transmitting license.

What distances can I use a two-way radio for?

The range of a two-way radio depends on several factors, such as the frequency on which the radio operates, the strength of the power, the quality of the antenna, and the environment in which the radio is used. In general, a two-way radio on VHF frequencies has a range of about 1 to 5 km, depending on the environment and conditions. On UHF frequencies, the range may be slightly larger, up to about 8 km. In some cases, the range can be increased by using amplifiers (repeaters) or external antennas. However, this can vary greatly and it is always recommended to conduct a field strength measurement in advance to gain insight into what is needed for the desired network coverage and availability.

Do you also have two-way radios with nationwide coverage?

Brands known for their two-way radios with nationwide coverage are for example Motorola, Kenwood and Icom. It is important to investigate which brands are compatible with the network you want to connect to, to see which two-way radios meet your specific needs.

What are the advantages of using two-way radios in a business or organization compared to phones?

A two-way radio is often an indispensable tool and is necessary for the success of a mission. Everyone is aware of the status and actions of others. (everyone has “situational awareness”). A mission can be a military operation but also arrest teams, security guards, first responders or a critical industrial process.

How do I choose the right two-way radio for my needs?

When choosing the right two-way radio, it is important to consider several factors. First, it is important to determine your specific needs, such as the distances you will be communicating over, the environment in which you will be using the two-way radio, and the number of users. Will you only be speaking on the two-way radio, or will you also be sending data? Additionally, if you plan to use your own apps, there are various options for working more efficiently by reducing the use of multiple devices.

There are different types of two-way radios, such as analog or digital two-way radios, two-way radios with nationwide coverage, or two-way radios specially designed for use in explosive environments. It is recommended to compare two-way radios based on factors such as price, functionality, battery life and compatibility with other equipment or applications, or any additional features such as GPS or water resistance. It is also important to consider the compatibility with any accessories you may wish to use. Additionally, it is wise to seek advice from a professional or read reviews from other users before making a purchase.

Can two brands of two-way radios work together?

If you have any specific questions about the possibilities feel free to contact us.